For the first time in TI’s five year history, a North American team, Evil Geniuses, has taken first place and its largest prize—6.6 million dollars. After dropping to the lower bracket in a 0-2 loss against CDEC, Evil Geniuses came back, first with a decisive 2-0 victory over LGD, then with a second chance against CDEC in the grand finals, they took the series 3-1, becoming the Grand Champions of TI5. Though CDEC lost, they will still leave the event with the 2nd place prize at close to 2.9 million dollars—still greater than the sum of all previous 2nd place winners at TI.

Six days of consuming Dota, although a sedentary activity, can be exhausting. The focus required as a spectator must pale in comparison to what it takes to be a competitor. These are players who have prepared all year, only for their efforts to be validated by the results in this tournament. Some teams, such as MVP.Phoenix, may have left feeling satisfied with a top eight standing. Other teams, as past TI’s have shown, will consider anything beneath 1st place as a failure.

In the Grand Finals, we had CDEC with its underdog story: a team with players inexperienced in competitive play, a B-team to their former sister team LGD, taking the main event in dominant fashion. They never lost a game up to the Grand Finals. Then we have Evil Geniuses, a 3rd place finisher at last year’s TI, looking to claim the grand prize this year. Veteran player, Fear, was one of the central stars of Valve’s Dota documentary, famously known for playing on a CRT monitor on a shoddy desk. He was injured in EG’s run last year. And this year EG also added mid player Sumail, who Valve showcased in their team interviews. Sumail, the youngest TI player at 16 years old, once sold his bike in Pakistan to play more Dota at an internet cafe. It’s the kind of story he’ll tell his grandkids.

Coming into the final day, CDEC by far was considered the favorite to win against either LGD or EG, both of whom they dispatched in the upper bracket with 2-0 sweeps. CDEC blew out every opponent utilizing the same aggressive strategy and rotations. Any lay fan could predict how the rhythm of any CDEC game would go. They would use smoke of deceit every chance they got, their carry player Aggressif would live up to his name, and they would kill you in every lane. CDEC’s dominance was reminiscent of VG from last year’s TI4. Everyone knew what they were going to do. It’s just a matter of finding a way to stop it.

EG had figured out how to beat CDEC in the group stage, and the answer was Techies. With CDEC banning it in the first phase for all the grand finals games, EG took on a different defensive strategy. First, they took away Aggressif’s Gyrocopter with a deny pick. And rather than utilize Gyro with the same aggressive rotations as other carries had this tournament, EG and Fear used him defensively. On several defensive rotations, Fear countered many gank attempts, once netting his team three early kills in the top lane. He also made early rotations to the mid lane, utilizing the early strength of Call Down to repel CDEC’s typical offense.

Most of CDEC’s success hinged on their early and mid game success, more so than other teams. EG was able to predict every smoke gank, and opted to either dodge or maximize farm on other areas of the map. This seemed to have rattled CDEC, who by game 4, in an elimination game, did not use a smoke until 8 minutes into the game.

EG also employed other tactics to throw CDEC’s usual consistency off balance. They picked Dire, CDEC’s preferred side throughout the tournament. They let go of Leshrac, who for a majority of the event was at a 100% ban rate. CDEC picked Leshrac 3 out of their 4 games. It was apparent that their mid player, Shiki, was not as comfortable with Leshrac as he was with other mid heroes. In the first game, Garder instead played Leshrac as support. In the one game that CDEC won with Leshrac, it was more due to the strength of their mid lane Broodmother.

By game 4, CDEC did not look like the force that they were the entire tournament. They changed their first two bans from Naga/Techies to Leshrac/Techies, predicting that EG would then take Naga with the first pick, leaving CDEC with their Gyro. EG, instead, picked Gyro first, as they had been all series. It was an error by CDEC, because they do not play Naga themselves, and they weren’t going to deny pick it, as they had done to failure with Leshrac. EG got everything they wanted.

CDEC also last picked Dragon Knight, as a means to pressure early, but at the same time they also gave up their mid lane, perhaps resigned from trying to shut down Sumail. In game 1 they had killed Sumail three times in quick succession, only for him to come back with the quickest Orchid timing of the tournament.

The pivotal moment of the game occurred in the Roshan pit, where CDEC transitioned to after getting a kill on Sumail’s Storm. EG exposed the attempt with an ice vortex by PPD, but CDEC still persisted, knowing that their opponent had vision. They must have also known the potency of EG’s lineup in team fights and Roshan skirmishes. As caster Tobiwan put it, what happened later was a disaster. PPD followed up his vortex with an Ice Blast, and with perfect coordination, Universe, on his Earthshaker, blinked and Echo Slammed all of CDEC’s heroes, instantly detonating four of them with the combo.

In an interview before the main event, Kaci asked ppd what winning TI would mean to him and to his team. He talked about how it would be the pinnacle of success for them. "We have all the tools to be successful. We just got to go out there and perform. I just don't want there to be any questions. I want to be like 'Evil Geniuses, ppd, the best.'" With EG's win at TI5, amid an impressive performance of team play, draft strategy, and mental resilience, they are firmly seated as the best team in Dota. No question. (p.s., nice to see the unsung heroes get credit and make "the play" - some love for the position 6 players out there) Sumai1L is my Legendary Hero :D that echo+ice blast confirmed it And they kicked Aui. GG Evil inGrates kicked Aui_2000 out of the team, less than one week after Aui_2000 helped the team won $6 million USD. So, since Arteezy is position 1, and Sumail position 2, does that mean the Old man is playing position 4 support? What the fuck has this world come to? 0_0 http://dota2.gamepedia.com/Evil_Geniuses More peeps will remember AUI_2000 getting fucking kicked out than that 6 million dollar echo slam, and EG winning TI5 its almost as if they planned to kick aui in this picture... hes barely in it haha. "aui just stand here in the back so we can make sure you arent visible in the team photo as we hold up the aegis." 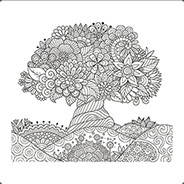