Once again it is time to look at how the professional players adapted to the new patch and whether there is anything new to learn from them. ESL One LA shapes up to be a pretty interesting tournament already.

Every single hero was contested during the qualifiers in the five regions and a total of 117 were picked. Surely, it is still pretty early in the patch and even experienced teams need time to figure out what works and what doesn’t, but this is a pretty good sign: from the professional point of view every hero is at least worth considering.

There were also no heroes who were contested in 90%+ games. Snapfire and Enchantress got pretty close with 88%, but it is a major improvement over what we’ve seen in the previous DPC qualifiers and tournaments of the season. The new patch and the overall balance is slowly but surely moving in the right direction.

Finally, there were almost no heroes who would stand out as meta-defining or overpowered. Heroes with 70%+ win rate were all situational picks with less than 20 appearances, while frequent picks with more than 50 appearances all won less than 65% of their games, with one notable exception.

Nyx was the only consistently amazing hero of the qualifiers: 59 games, 66.10% win rate is a very good result, especially considering the hero didn’t receive any notable buffs in the previous patch.

Nyx isn’t a particularly strong laner and can’t generally boast high damage output in teamfights, but he has an exorbitant amount of crowd control. We’ve discussed the hero about a year ago in one of our posts and he is strong now for the same exact reasons he was strong then: as long as his team has enough damage he can provide most of the necessary disables.

On top of it he works really well in certain matchups: many still underestimate the Break from Vendetta on heroes who rely on passives for survivability, and Mana Burn not only does wonders in games against high-intelligence cores, but also prevents the enemy from picking certain heroes during the draft stage.

Several small buffs later, Death Prophet is playable once again. 7.24 reinvigorated the hero and while she certainly isn’t a meta-defining core, she is situationally amazing: 70% win rate across 20 games is a pretty great result.

There are several reasons, apart from the hero simply getting better with buffs, which contribute to her recent success. One of them is the popularity and ubiquity of Slardar: DP loves to have negative armor effects on her team and Slardar can really help her during the teamfights, no matter how late the game goes.

Another quite important reason, is the tempo of the game: Death Prophet typically peaks during midgame and currently we feel like it is the most important timing. She doesn’t suffer as much from enemy BKB timings as a lot of other cores do and that allows her to get a teamfight and map control advantage when these things are a priority.

Finally, being a mixed damage core typically allows her to adapt to different game situations, so drafting her is more about synergies with her teammates, rather than enemy matchups. That makes Death Prophet a generally decent pick in the second stage, after she either gets a save support teammate or a strong frontline teammate, which can be followed up by a variety of different carry heroes depending on the situation.

Ember Spirit was picked 46 times and won 28.26% of his games. That solidifies him as the most overrated pick in the current professional meta and we will try to figure out why exactly one of the most popular cores of the previous DPC tournament suddenly became much worse, without receiving any direct nerfs.

There is certainly a factor of getting used to a hero: Ember Spirit was very popular recently and many teams now have fresh experience of dealing with him. This is probably a lot more important than many assume: after all, with a game as complex as Dota, you can’t be ready for absolutely everything.

While Ember Spirit also typically peaks around midgame, his BKB timing isn’t as powerful as BKB timing on most other heroes and that leaves him at a pretty sizable disadvantage. Sure, he can still try to focus down supports, but his damage comes much slower, compared to heroes like Puck and that allows the enemy to react and fire off their spells before dying, potentially having an impact on the fight.

Finally, as a mixed damage core with flat progression on his abilities, he doesn’t scale as well as many other currently popular heroes. Sure, he gets more mobile and survivable as the game goes on, but his damage output is still pretty limited, if he wants to retain his mobility, and that doesn’t allow him to be as impactful in the later stages of the game in terms of teamfight presence.

It is nice to finally see a diverse professional meta: the previous patch was pretty limited in this regard. This increases our hopes of a great Major with truly unique games and that is why we love Dota in the first place.

Chinese qualifiers also haven’t fully started yet and we will be doing a separate recap for them. Who knows, maybe there are even more interesting things to discover in the new patch? What's your thougth about Void Spirit and Snapfire? Are they really ready for captain's mode?

^ I think both of them will get nerfed slightly in a small balancing patch, snapfire more than void spirit; they're close to being captain's mode ready though. Snapfire is too strong when it hits lvl 6, his ult can easily burst down any heroes but the worst thing is its extremely long range which makes it too easy to use, also slows + deal burning DoT. Way too devastating in lvl 6-15 phase where people usually don't have BKB yet... definitely need to reduce flame counts or make it easier to actually cancel Snapfire's channeling

Personally, I feel like it is too early to discuss Snapfire/Void Spirit in the professional scene: once pro players get used to the heroes, I expect their win rates to go slightly down. Though Snap subjectively feels a tad too tanky. 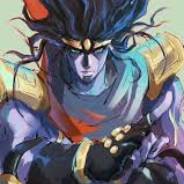 Nyx no buffs? Totally omitting a 0.3s stun duration talent -- he can solo lock you with Meteor hammer...

One important lesson I learnt while playing Snapfire is that you need a coordinated team in order to utilize him effectively. Basically, all his skills must synergize with the mindset of the team, whether to go in or come out, or you end up killing your teammates and they start blamming you. In SEA, most games are players with solo mindset, they want to 1v5 and end up throwing. Snapfire was such an overpowered hero in the last patch, but I failed terribly simply cos of bad coordination.

Being able to predict what your allies are thinking as they make irrational decisions is even more difficult than when in a high ranked match which is what I feel. If you are in 2k mmr then you have to be good in 2k mmr not in 5k mmr as the environment is different. It is not about, I can defeat top players, my mechanics are better, I have the "best" item build, but rather, does your playstyle suit the thinking of your team as well as the enemies and if your item build counters the enemy's ideology. @Dreadnought325
You got a point. How to win match with teammates in your rank. Not to try to prove everyone that u are the best at any cost, but coordinate with teammates as best as u can and win (not only with Snapfire). Thumbs up!

I'm just glad my second favorite hero Nyx got into the spotlight now since Disruptor got nerf this patch, teams avoided this raptor.