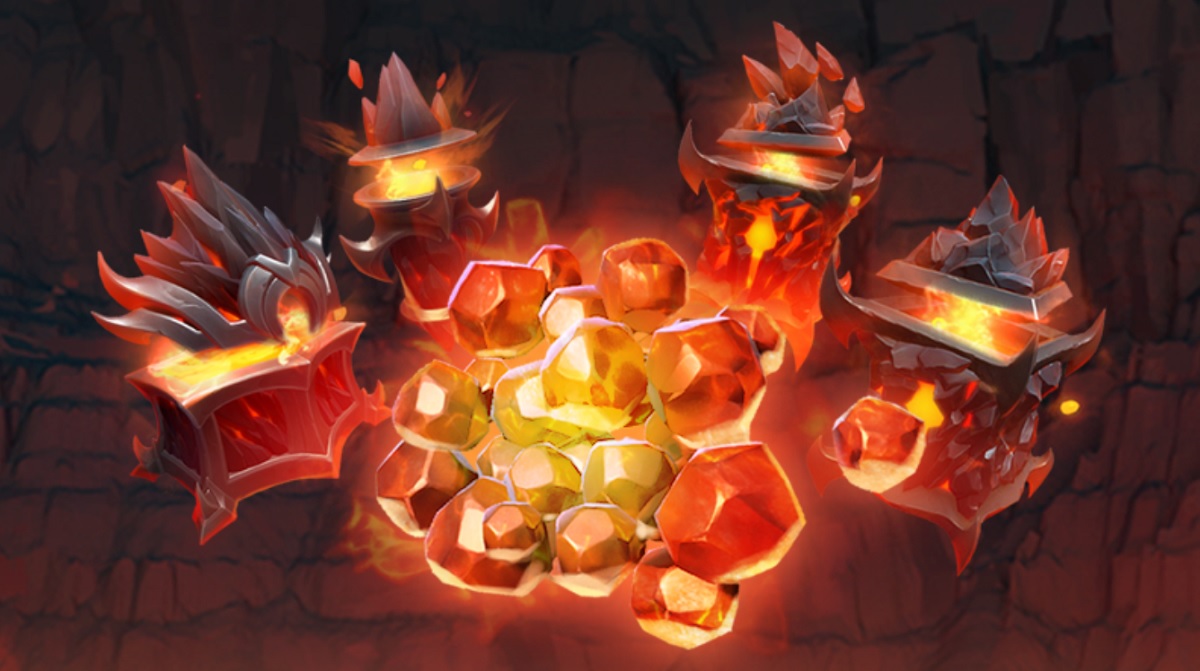 By far the easiest week so far, which is a nice respite after an absolutely devastating week eleven. With a straightforward Diretide quest and multiple quests that work in co-op bot matches, this week should be a breeze.

Take it back - Deal 50,000 damage to Enemy Heroes with Blade Mail

This quest works with bots, but to maximize the effectiveness of your time, you need a hero with a lot of regeneration who doesn’t mind standing in the front lines, tanking hits and generally being a nuisance. We think that Timbersaw fits the bill the best.

He is very unlikely to die to bots, doesn’t die himself even when diving towers and can just plant himself in an area, pressing Blademail repeatedly. The added benefit is that he doesn’t really need other items to do that, making it easy to go for other quests at the same time.

This quest has a three game minimum requirement, so it is the biggest time commitment. No one says that you should use the Aghanim’s or that it needs to be effective, so you are free to build it on any hero, essentially.

This is a quest we would advise to complete in Bot matches, unless you play some specific heroes who do not ruin their item progression by going early Aghanim’s. There are only a handful of heroes where a first-second item Aghanim’s is acceptable.

In no particular order, they are: Zeus, Bristleback, Vengeful Spirit, Void Spirit and Dark Seer. In games where you are dominating, you can consider it on Dawnbreaker, Spectre, Kunkka and Primal Beast, delaying a defensive item. This is a high-risk, high-reward play, but it might work.

Once again, this quest can be completed in co-op bot matches, so is mostly trivial. It doesn’t have a victory requirement either, so it should be finished in one or two core games with ease. Ask your teammates to stack, or stack yourself and you will be fine.

It pairs nicely with the Blade Mail quest as well. Blade Mail is one of the better farm accelerating items in the game when playing tanky heroes.

There are eleven towers in the game, so this might take a while if you are not getting the last hits. Though truth be told, it should be completed if you just play the game regularly.

If you are still struggling, getting Leshrac or Death Prophet and destroying towers out of fog is an option. Alternatively, heroes like Techies and Pugna can deal quite a bit of burst magic damage to a tower, to secure a last hit. Finally, if everything else fails, there is still Tiny, who should have no trouble razing buildings in the late game.

The Diretide quest that just assumes you play the mode regularly. There is no trick to it, there is no victory requirement, so this quest should be done in no time.

By repeatedly clearing top and bottom neutral camps, you can quickly get to a massive level advantage.

Blocking camps or ganking enemy farming heroes is a very good idea as well and we feel like warding is extremely important in Diretide for that exact reason.

You can also stack the nearest neutrals at the 0:30 mark once, after that they spawn in a minute interval.

Good luck with your Tusk chests this week and may the Candy Works bless you with Arcanas.

We've added new privacy controls for all players! Sign in to see your stats and learn about your options on the settings page.