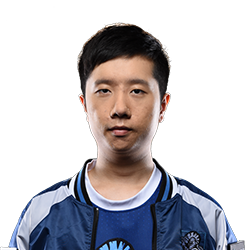 Moogy, formerly also known as uuu9, is a Chinese carry player for Newbee. Together with Sccc, Moogy had his competitive debut with Newbee.Y. His wide hero pool compliments that of Sccc’s well as he plays both traditional carries as well as aggressive ones and they sometimes even switch positions. Signature heroes include Sven, Juggernaut and Gyrocopter.