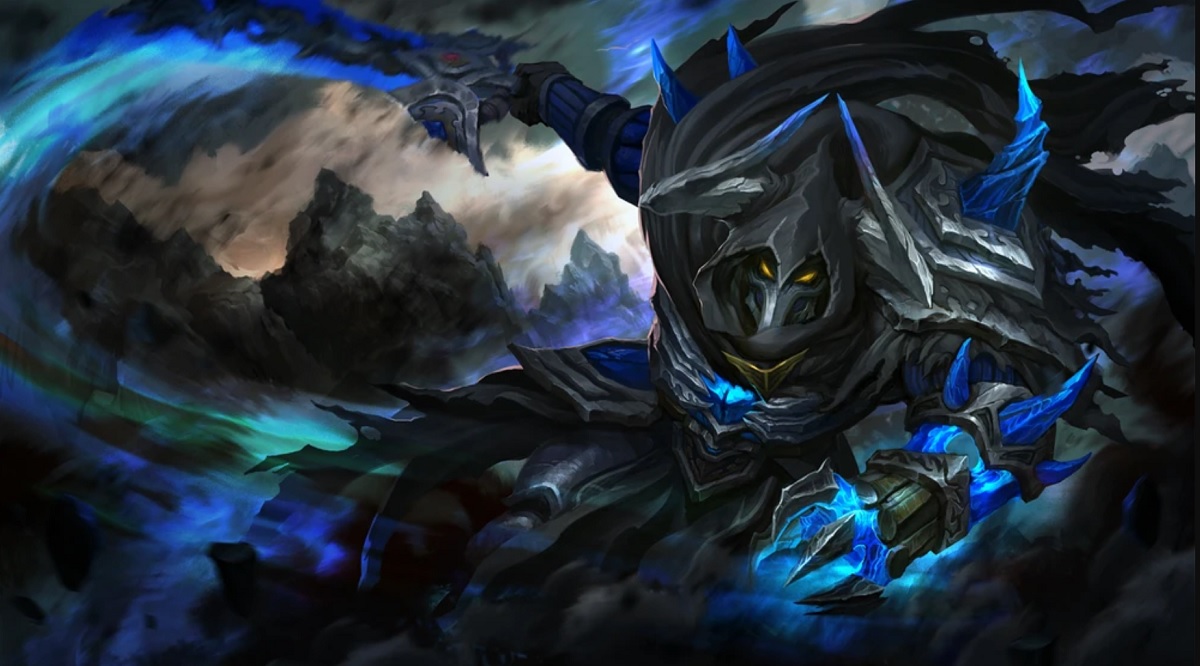 There is a huge difference between giving unconventional carries a try and doing the same with supports, especially in ranked matchmaking. Supports are typically picked first and as such, they usually need to be very flexible, straightforward and fit multiple different strategies. Supports we are going to discuss today are not necessarily the best idea in your everyday solo pubs, but given their popularity and success in the professional scene, they are worth giving a try in a party.

Riki support is a pretty weird concept. The hero is often thought of as a pubstomper: a character that is good at below average level of play, but falls off drastically against competent opponents. Well, it turns out, with good enough coordination, Riki can be the best setup and scouting support in the game, all for a low cost of 1400 gold.

Sleeping Dart is definitely on the stronger side. It is a three-second sleep from a 1000 range — a perfect initiation tool on an isolated target that you need to burst down from full to zero. It both gets the target disabled and allows for a guaranteed stun or hex follow-up that doesn’t leave room for counterplay. At least not from the target itself: they can still get aid from their team.

Lina etc. Basically, any hero that has a decent to excellent stun duration, but might struggle landing it on an elusive target or a target with a BKB. Riki takes away the risk from using skillshots and most skillshots in the game typically have better than average damage and disable duration stats.

He can then follow it up in a fight with constant Smoke Screens: with a six second duration and a potential seven second cooldown, this ability has a ridiculously low downtime for what it provides. Riki gets access to both his “support” talents as early as level fifteen. So every fight, Riki can more or less continuously cover the battlefield with a 435 Radius Silence and Miss chance area denial, while sleeping priority targets every twelve seconds.

There is no argument that come midgame, the hero can be a very powerful support. But what does he do in lane and pre-minute fifteen?

Frankly, not a lot and here lies the main weakness of the hero. The reason why Riki is even a thing in the first place is because a lot of players are experimenting with unconventional cores in the sidelanes. These cores are usually quite independent: both

Shadow Fiend are fine in lane with a weak support, as are heroes like

Razor and maybe even

Riki has very good starting armor and a ridiculous amount of HP regen, but with 560 starting HP and not a lot in terms of actual stuns and nukes, his lane presence is mediocre. You can mitigate some of it by maxing out Blink Strike, but even then, don’t expect Riki to do too much pre-minute fifteen.

It is why we strongly advise only playing Riki support when you have at least one friend to lane with. Playing Riki with most conventional cores might lead to a very miserable experience: it might not necessarily ruin the lane per se, but it is potentially tilting to strangers. Ideally, you want at least three players, so that the Sleeping Dart can be exploited by multiple heroes on your team:

Mirana support duo can work wonders, as well as a potential

Techies for maximum emotional damage to the opponent, who will keep missing their auto-attacks on Proximity Mines after being set up for a perfect Blast Off.

It is considerably harder to recommend Sven support since the

Wraith Pact change, but we feel like he still has a game. Not necessarily a good idea for an opening pick, but can be used as a way to trick the opponent into countering a support.

The main strength of Sven was that he was one of the few supports who could easily get a very timely Wraith Pact for his team, get

Aghanim's Shard and provide a massive Armor and general survivability boost at an insane timing. For the most part this still works, but only against physical damage.

Sven is surprisingly decent in lane, courtesy of 325 movement speed, good HP pool, good attack damage, built-in stun and bonus armor. He is far from an ideal support, but the pool of cores who are ok laning with Sven is slightly wider, compared to Riki.

He also has a stronger DPS transition into the late game, but a much weaker Utility one. With a couple of items like Blink Dagger and BKB, he can help jump the backline supports alongside his other core. His damage contribution is still going to be meaningful, simply because of God’s Strength.

That said, outside of Wraith Totem, Shard Aura and an occasional stun, Sven doesn’t really do much in a fight. The effectiveness of the above is highly dependent on the enemy draft. If you are facing heroes like

Razor, Sven can be an ideal pick. Their damage output is mostly physical and +6 Armor for 1400 gold is just too good of a counter.

If the enemy has a mixed damage draft or a primarily magical one, Sven simply doesn’t feel as good and doesn’t really do anything that couldn’t be done by other, more conventional support.

In our opinion, there are still games for a support Sven to appear in, but unlike Riki, you don’t get to choose them. When picking the latter, you are considerably more in control, especially if you play in a party. You are the ones who get to pick heroes that work well together and you are the ones who can make it work.

With Sven, you rely on your expectations of what the enemy is going to pick. Unless it is a second phase support pick after at least one of enemy cores has been revealed, picking Sven is too risky for us to recommend. Huskar support. I think it is doable Tinker support, 2 rockets, one for each of opponents

Terrorblade to swap hp with your HC in trouble, Mirror image end game kicks in value

LS to trade early with attack speed and healing, then infesting your HC with vlads providing HP and aura

Let the revolution begin my friends What do you mean with "In our opinion, there are still games for a support Sven to appear in, but unlike Riki, you don’t get to choose them" on the Sven section? I loved the second part of this article... support Sven is very good but we do not recommend it. :))) You joke, but I remember a patch where Pos 4 PA was a popular thing until they nerfed dagger mana costs.